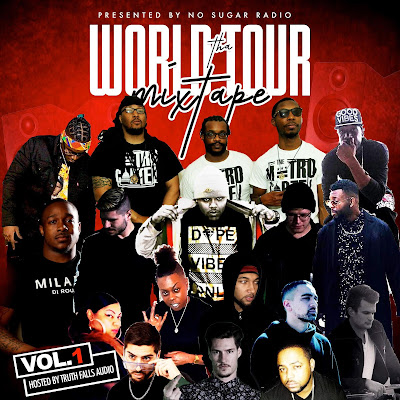 He knows his mission in life. He is determined to follow his path no matter what. It is this resolution that makes Brandon 'Troyse' Williams an unstoppable creative soul. Immersed in music from a young age, Brandon, also known simply as "Troyse," followed his dreams by understanding the music industry first. By taking his music as a driving force, Brandon creates his artistic flow from real life experiences and brings them fruition with his beats riffs and arrangements. In life, Troyse has made his message and music his mission.


Troyse developed his skill set initially by working behind the scenes in the business. It was later when he would step forward to release his music as an artist. His foundation in fundamentals would eventually open doors for him. “I think it was integral for me to gather knowledge first, and it allowed me to develop stylistically over time,” he explains.

Growing up in Baltimore, MD, Brandon recalls early years of his childhood being around his father who is also a guitarist. Brandon says, “I fondly remember when Dad was around earlier on in my life. I would go to the basement where he had his set up and jam with him while he was practicing for his gigs.” His father’s record collection of artists from Pink Floyd to Led Zeppelin and many of the classic rock greats.

At the age of fifteen, it was Troyse cousin Lenny who took him under his wing and gave Troyse a notebook, a pen, and a CD player. Thirty minutes later, Troyse had completed his first rap verse giving him this epiphany, “music is my mission.”